I’d not been to our old house for at least a month… husband’s travels, my travels, other obligations.

And it’s not like we’ve got time to spare… the old place needs it’s facelift finished so a new family can move in… so we can stop stressing over it being vacant… and stop spending money we don’t have… cause Mama needs a new pair of shoes – for real.

I figured the grass would be a mile high… 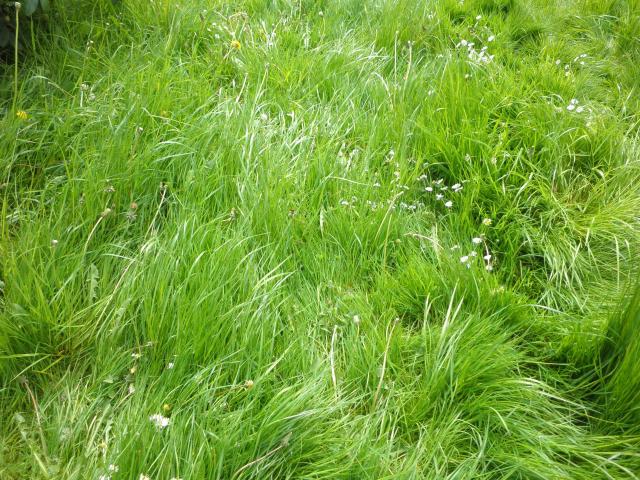 And it was… kind of like the mohawk look, but probably the neighbors would not… they’ve been too patient with us already. 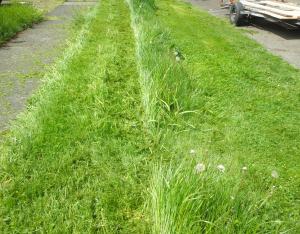 I wondered if I had missed the lilac blooms… weather being so crazy and all.  But no… all three trees were boldly, brilliantly blooming.

It’s funny… when we lived here and the lilacs bloomed and my nose got stuffy and my head ached, I would say “stupid lilacs”…. 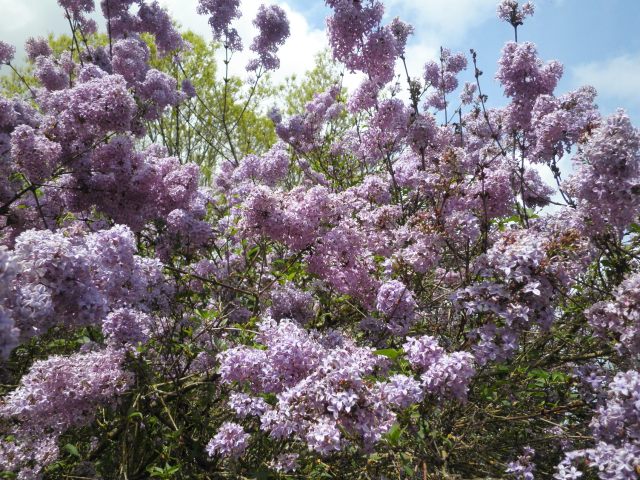 But this day I couldn’t get enough of them.  I was a lilac, picture-taking fool. 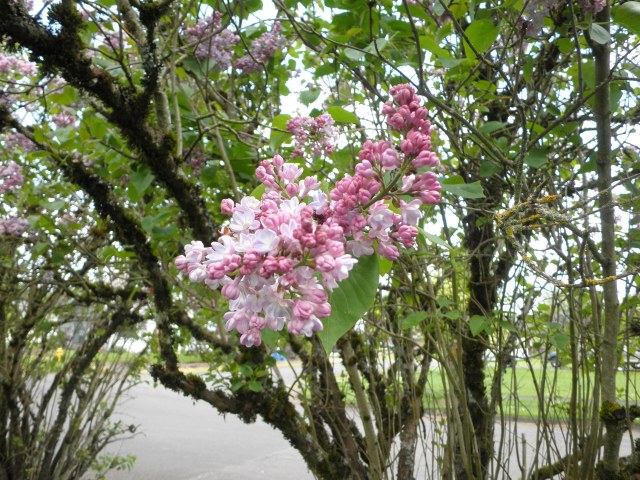 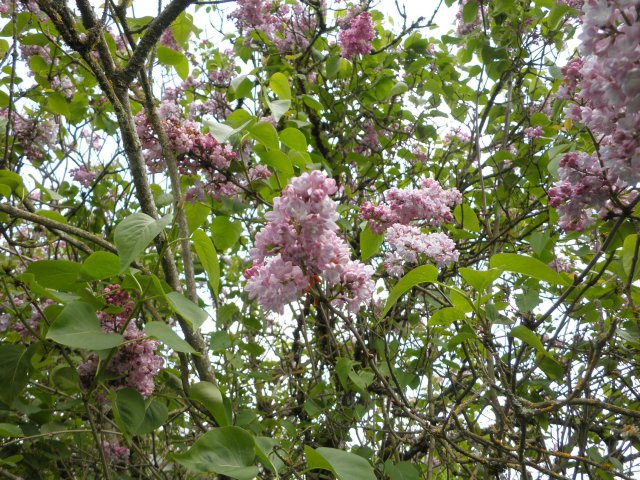 Even old Rhody was blooming.  This is the first year it’s been covered in blooms since the incident… 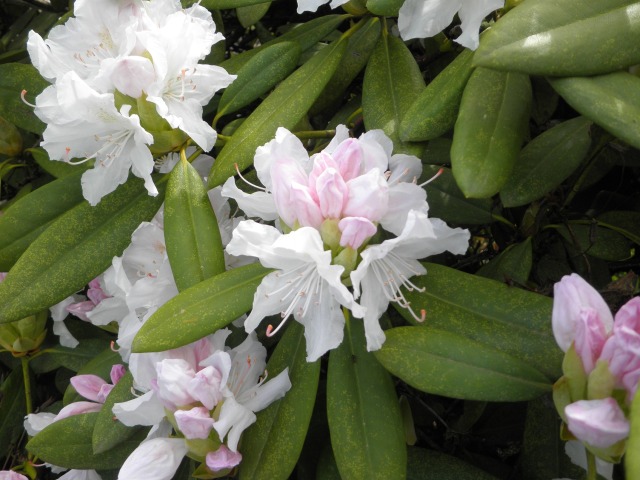 For many years one side of Rhody was flat and bloomless.  I guess all things heal in time… even a flower bush.

There are still major projects to finish, but at least I see the light at the end.  And more importantly, I envision another family living there.

So I’m going to let logic lead me here, or maybe I should say faith, and trust the light at the old house will eventually make its way to this strange, slightly dark living arrangement we must accept for now.

If the old house, which was falling down around our ears, can go thru a renewal process – why not right here where I am this very minute?

I believe it can.  There’s plenty of light to go around.

One foot in front of the other… one project at a time… and the light will shine. 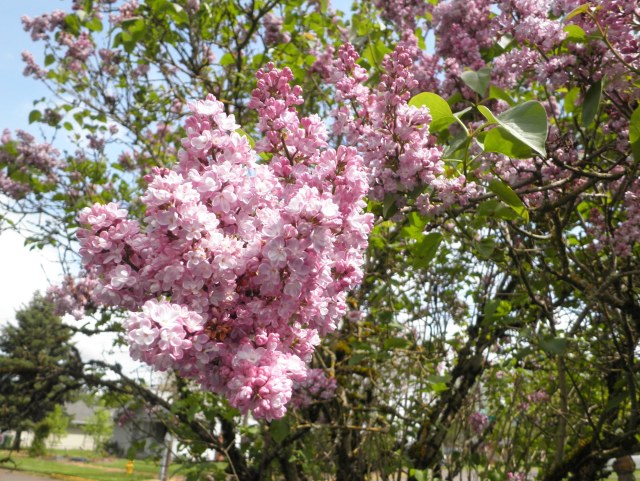 2 thoughts on “Seeing the Light”